Photo from Florida via Rodders

From the left it's Mike, Nigel and Don, already kitted out ready for a dare devil
flight, which they survived, in an open canopied bi plane circa 1930, at Flights
of Fantasy in Florida. 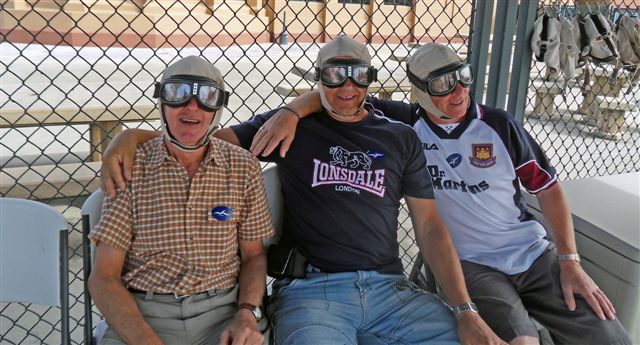 Tuesday February 28th St. Davids Day Competition.
This was a new event and a Past Seniors Captain Roy Jones sponsored the trophy for the event
Some 51 Seniors competed in the individual Stableford Competition
The winner was John Kelty with 42 points followed in second place by Peter Fraser with 40pts

Afterwards Colin Brown presented the new trophy to John along with £5 each to seven players who
had 2's. John Kelty was included in those seven. The weather for the day was very warm and playing
conditions good. Some photos of the day below starting with John and his trophy 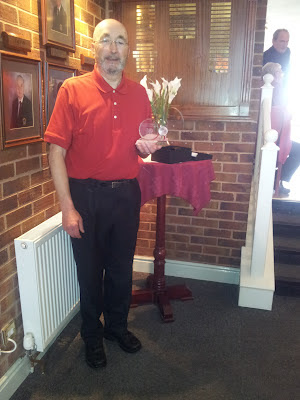 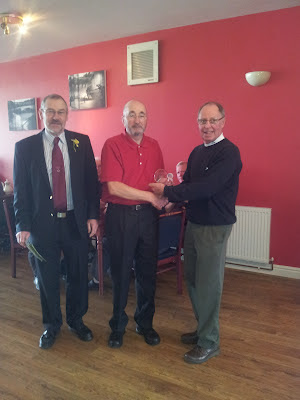 Above John receiving Trophy from Roy along with Colin.
Below Geoff Morris on the 11th fairway after taking his 2nd shot to the green 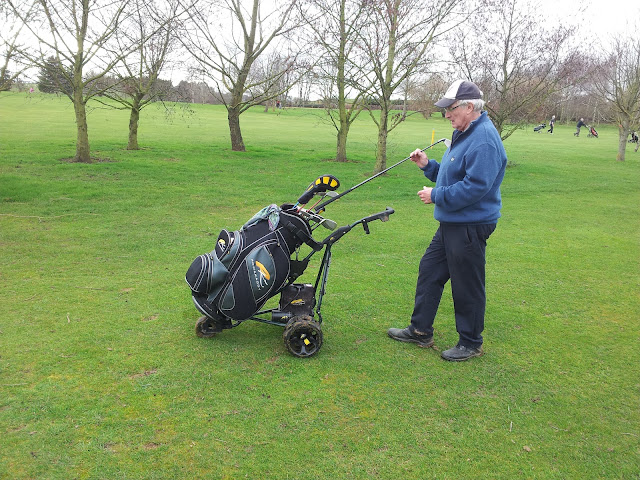 
Thursday February 23rd Seniors Stableford team competition/teams of 3. Format was best score for 1st 6 holes plus best 2 scores from 2nd 6 holes followed by all scores from last 6 holes. As you can see the
geese are back 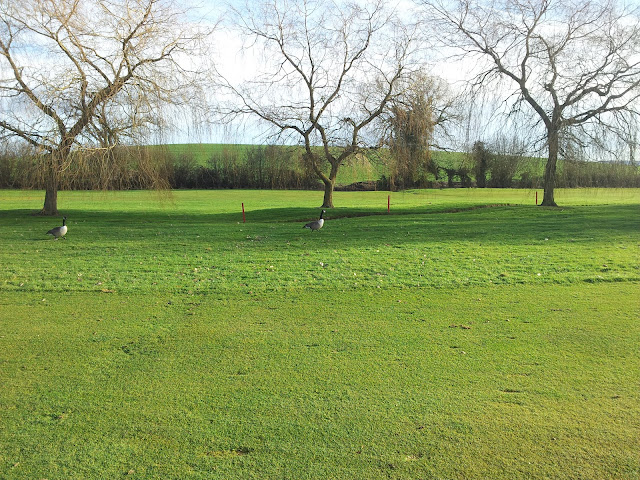 The weather for the competition on Feb 23rd was superb, warm and sunny. Some photos of the course
and the geese- above,  can be seen below.It can also be seen from the tally board that a large number of Seniors
turned out, in fact some 54 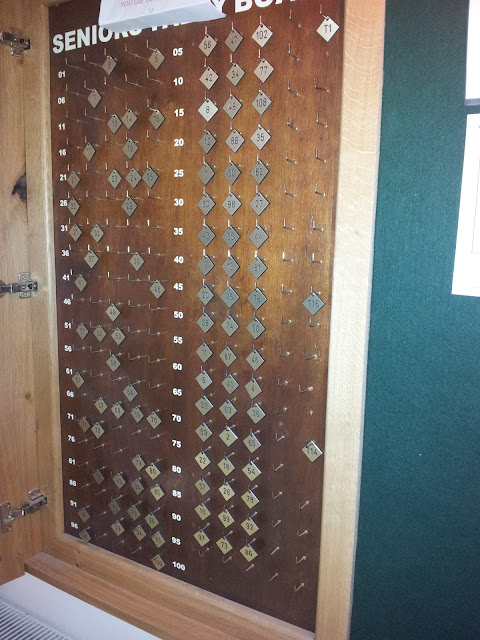 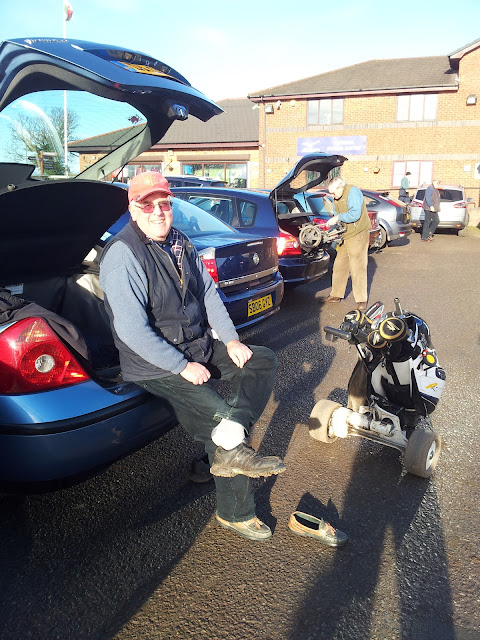 Lou Bush below on the 11th fairway. Above Rodders enjoying the sunshine when applying footware 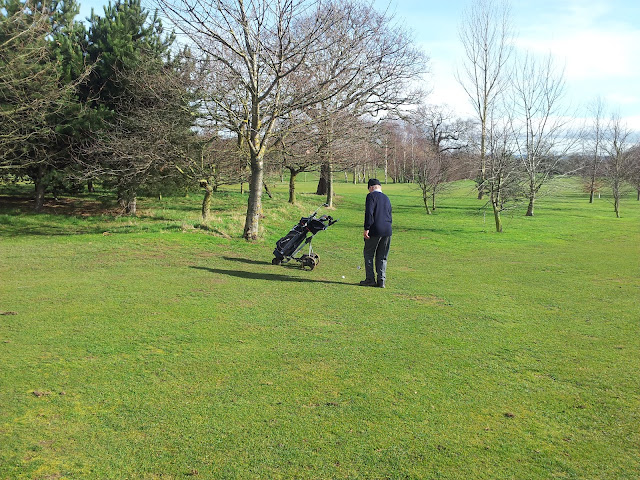 Today several notable events. Peter Lynch off a 19 handicap had a hole in one at the par 3second
hole. Peter used a 7 iron to record the 2nd ace of his golfing career. Brian Jones had an eagle
2 at the par 4 7th hole using a driver followed by a 3 wood into the cup. Well done to both
members. The weather today was superb for the time of the year. Long may it last although I
doubt it will !!

Picture below of Peter to record his ace 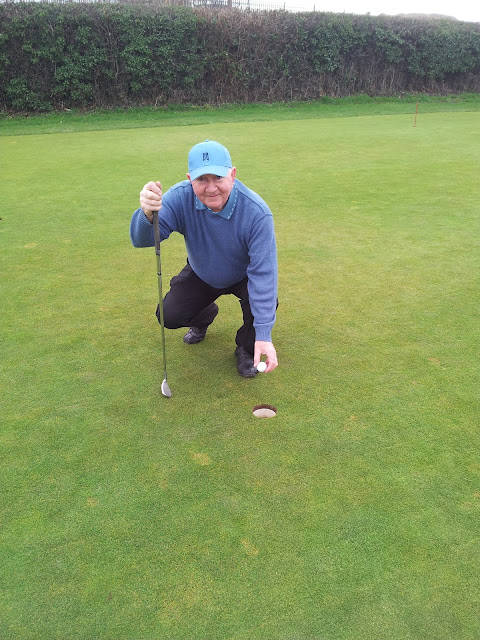 Another scorcher today and the weather wasn't bad either! 38 senior members took part and the banter began to flow from the first te... 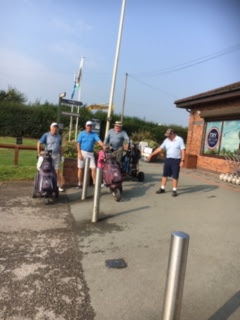